Cambridge Audio came to Potato to help them design an iOS and Android application for a new multi-room speaker range - The Evo system. Cambridge Audio also wanted to understand lean and agile principles.

We created a plan that worked with their budget and internal development plan. Starting with a week of lean research this set up the sprint with some key insights. The following week was a validation sprint working with C-suite of Cambridge Audio. Once we validated the riskiest assumptions we moved into a design phase.

Working with the Cambridge Audio team we looked to gain a shared understanding of the problem and the user's needs. During the first day, we started with an empathy map to get under the skin of the segments. After that, we then used the Roman Pincher product vision board and created one for the Evo system.

We spent the following day gathering all the assumptions we believed were true for the product and mapped them on an assumption matrix. We then focused on the riskiest and the highest priority assumptions, using these assumptions we created multiple hypotheses that we wanted to test. 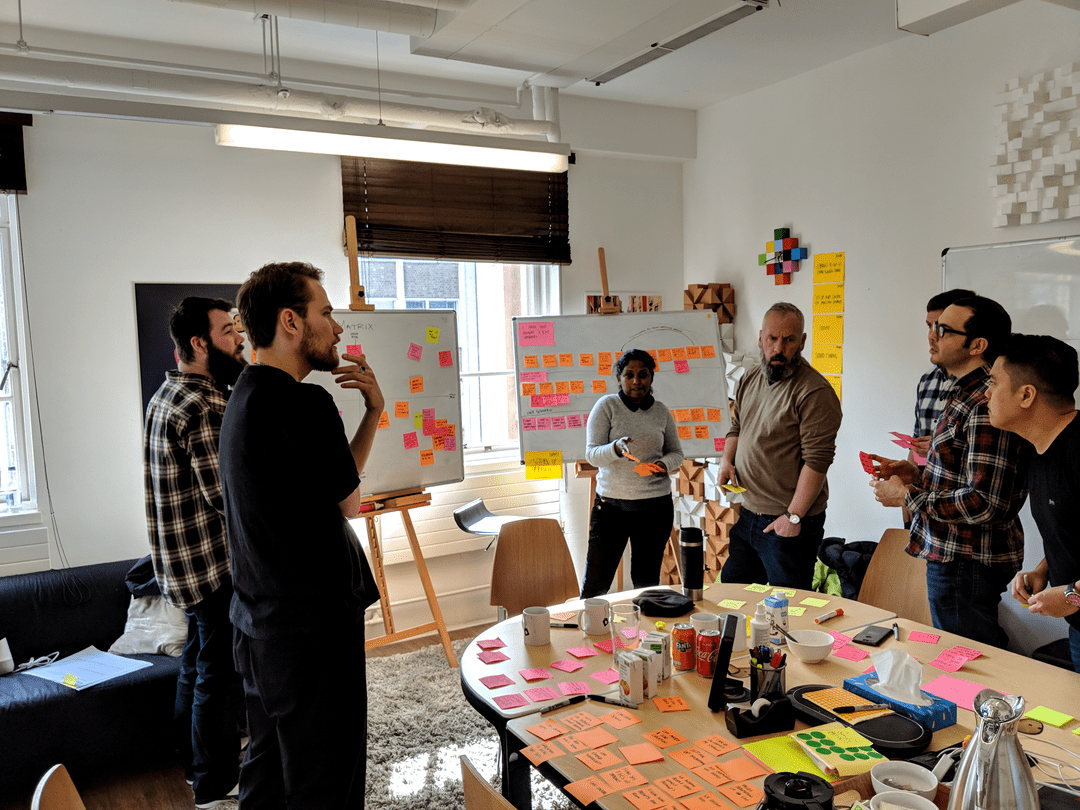 The following day we moved into a sketching session. Taking inspiration from the Google Design Sprint we held a morning of sketching sessions based on the assumptions and hypotheses. Starting with crazy eight’s exercise we created lots of ideas. The key ideas then influenced a detailed storyboard of the experience which we would take to the next day. 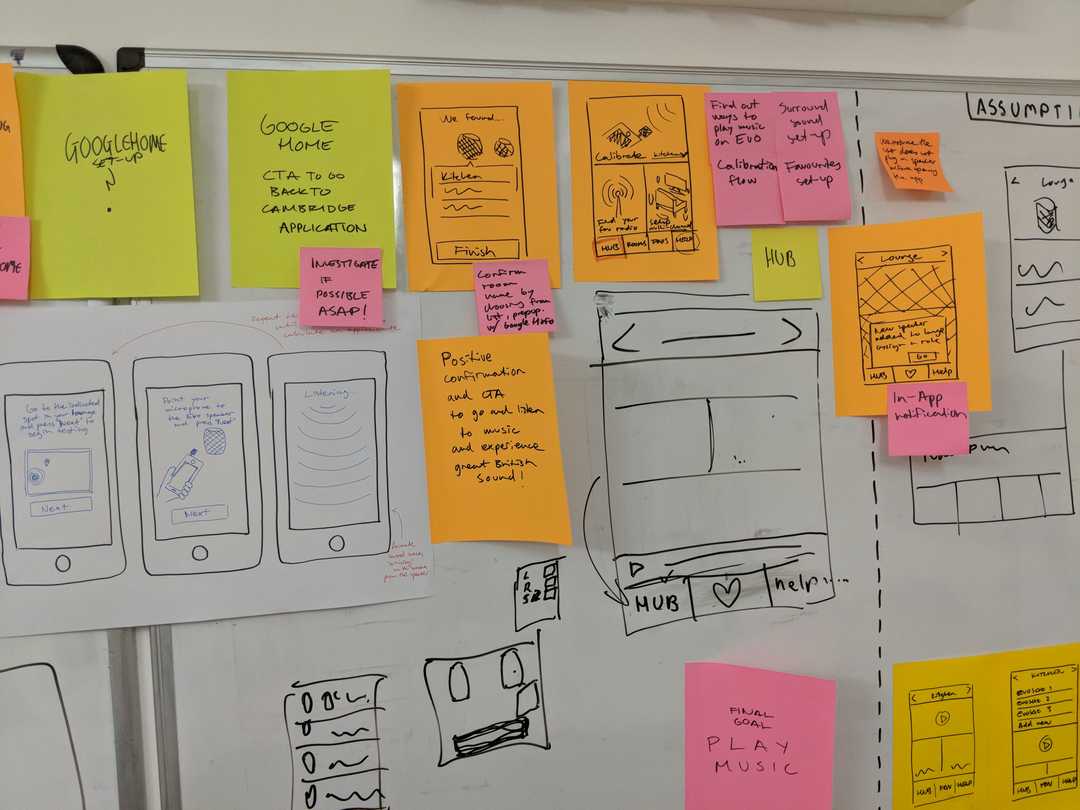 Our next focus was to create a prototype based on the storyboard to validate with users if our hypothesis was true or false. As some of our hypotheses could not be tested in the prototype we ran another survey to validate these assumptions. 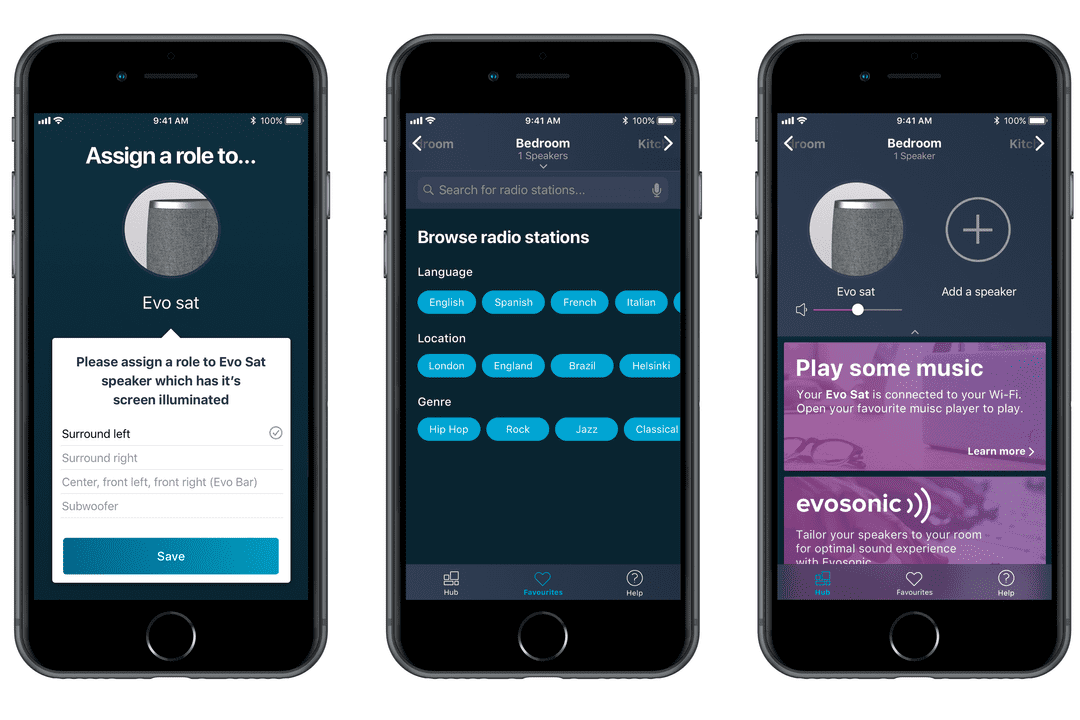 We ran the user testing session at the end of the week to validate our hypotheses using the prototype. As we had a relatively small budget we wanted to focus on creating minimal deliverables so we stored all the recommendations on a Trello board which we presented to the client at the end of the day. 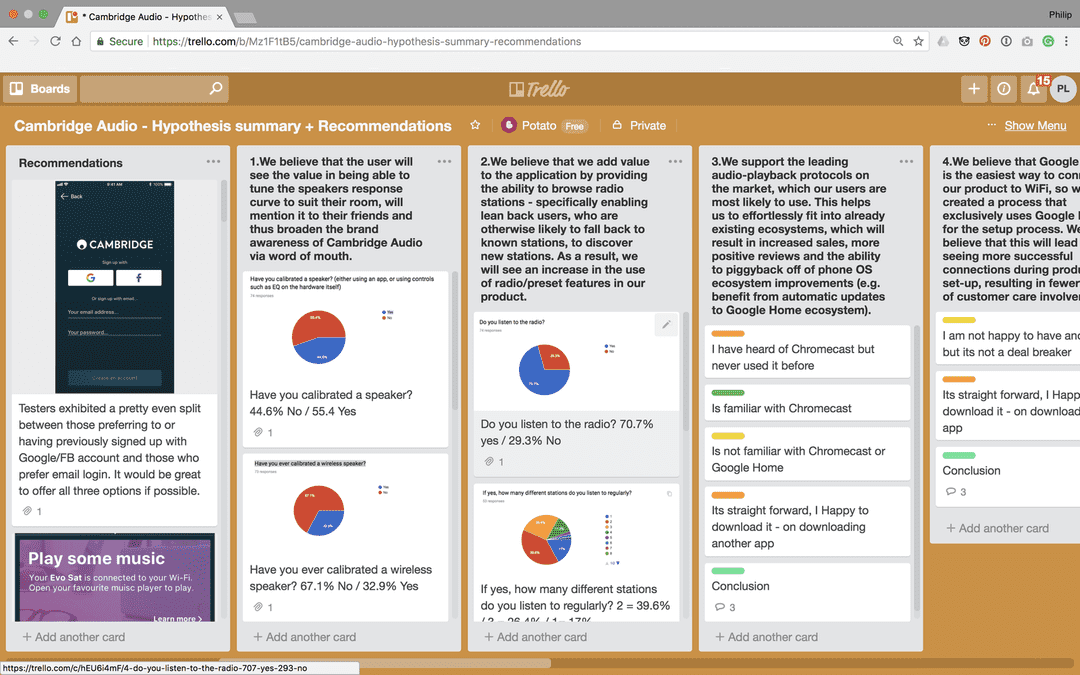 The second stage of the work was to create the product that would be built. Unfortunately, this project had to run waterfall 🚿 as the in-house development team would not be ready. We were aware of this factor from the start, therefore we planned our sprints to allow for this constraint.


We had morning stand-ups and a weekly review to make sure there was alignment but this would never be the same as SCRUM software development.

Taking all the information from the testing, the first step was to map out the whole product and to understand what the MVP could be. We used the story mapping technique and created all tasks the user would need to do to complete a goal. 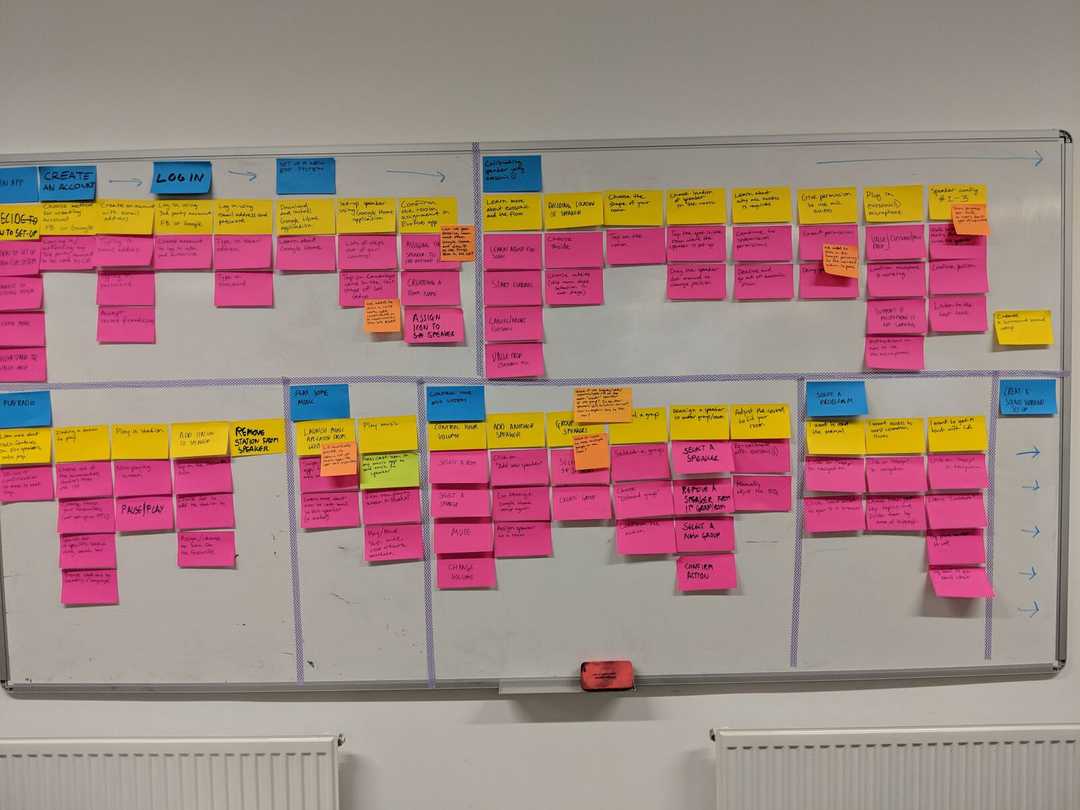 Using the story mapping information we then created an app map to understand all the user journeys and screens needed. 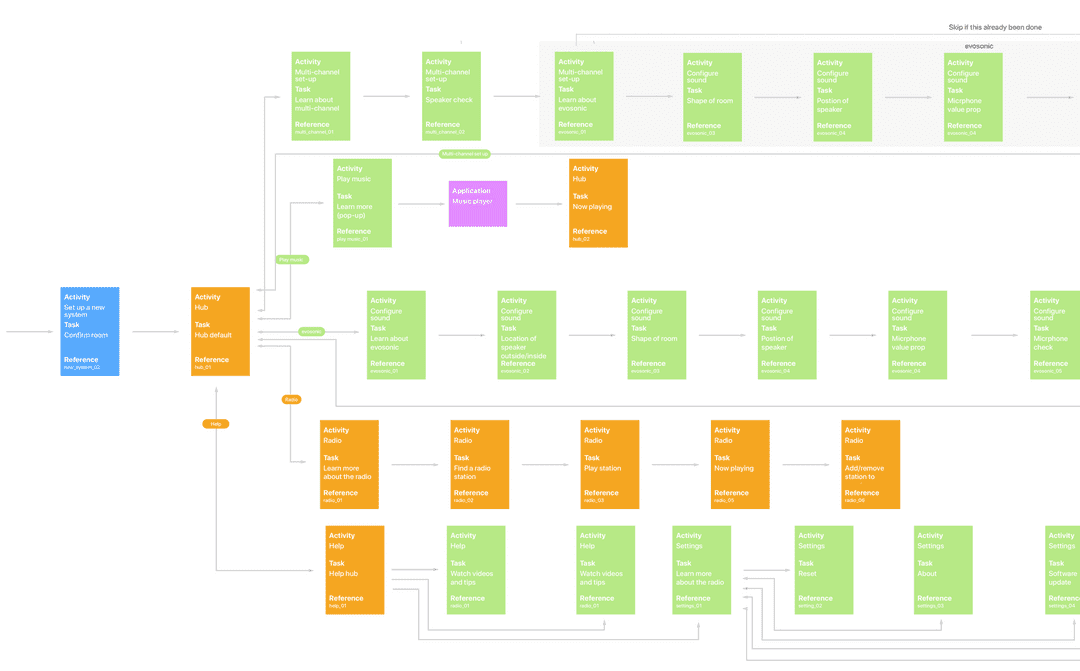 Working closely with the visual designer Taavet Kelle, my role was to lead and guide the visual language. Taavet created a system for both the iOS and Android. We decided to create a visual language that felt neutral within each platform. The design system utilised interaction models and visual language of the platform (type, shadows etc). 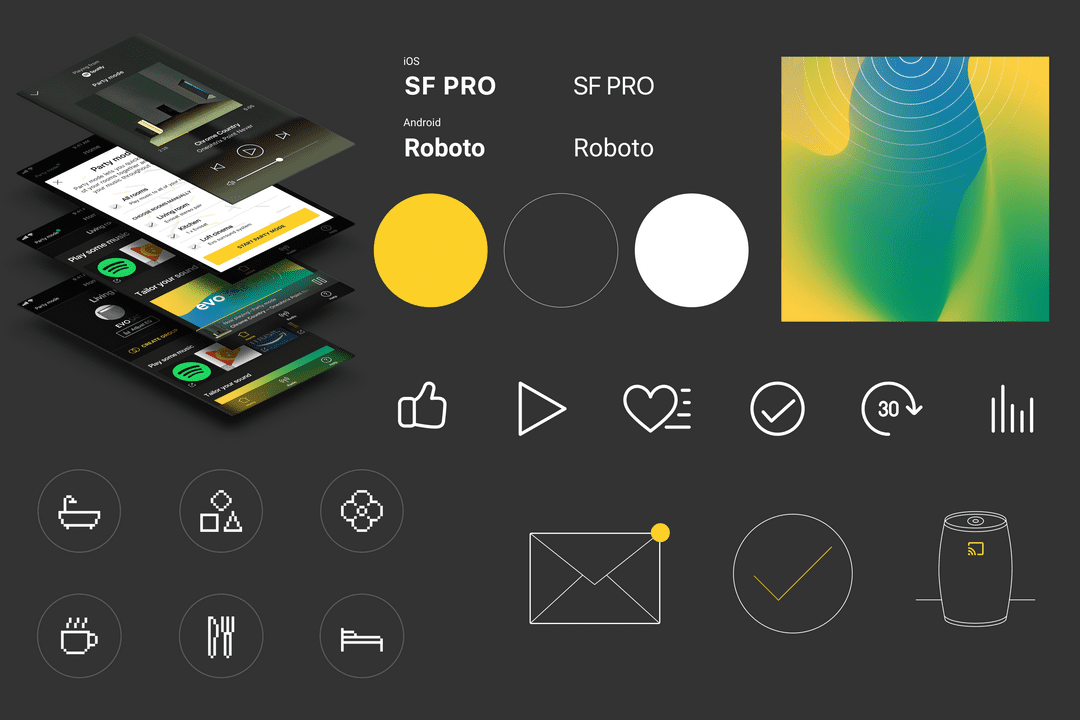 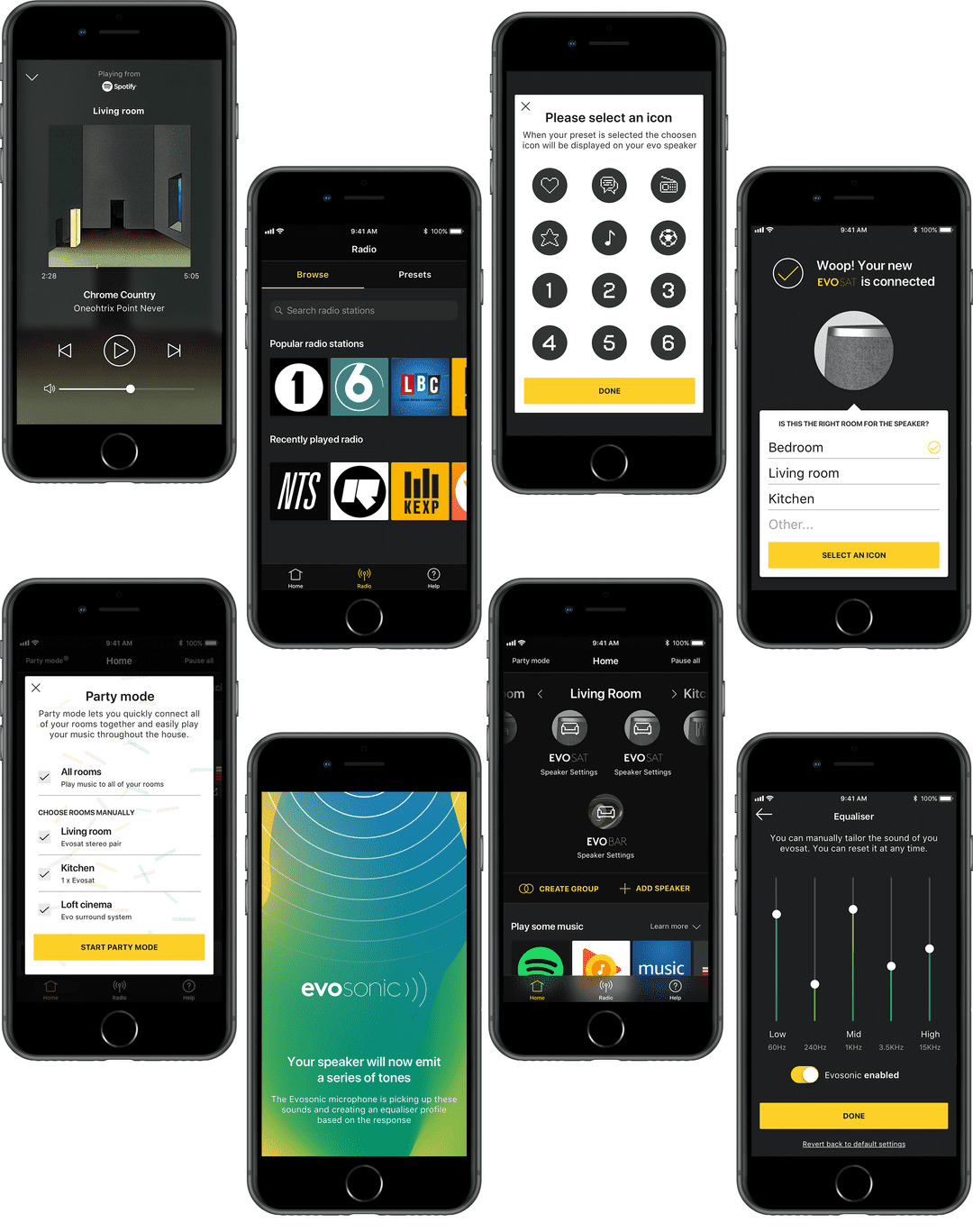 "Thanks a lot, it was such a valuable month for us, (and me personally) The whole lean approach is the biggest goal for me and we’re slowly getting everyone thinking that way. You were all a great help in reinforcing that"
Chris Saunders, Product Manager